In this blog post, you can expect:
▪ the genesis of the German national anthem
▪ Further links and a video to watch and learn from
▪ various sheet music for the German National Anthem for free download

Emperor Franz and the Song of the Germans

The German national anthem has a long history. The music was composed as early as 1797 by Joseph Haydn. The title: "God keep Franz, the emperor". No, not Franz Beckenbauer, but Franz II, the last emperor of the German Empire.

The text goes back to a poem by Hoffmann von Fallersleben: the "Song of the Germans". Remaining in the current version of the Federal Republic of Germany only the third verse.

Joseph Haydn or Franz Joseph Haydn is a famous composer from the era of the Viennese classics and lived from 1732-1809.

In the 18th century, a number of hymns were composed. One of the most important was the hymn "God Save The Queen", whose melody enjoyed great popularity and was used for other hymns, including the imperial anthem of the German Empire. It was in this context that the idea was born, Emperor Francis II to dedicate a song of his own.

Haydn's melody of the imperial song "Gott erhalte Franz, den Kaiser", later also that of the German national anthem, carries elements of a Croatian dance, a piece by Michael Haydn and a rondo by Telemann. Joseph Haydn also created a noteworthy variation work on the melody in his Kaiserquartett.

Video recommendation on the genesis of the German anthem

Very beautifully described is the origin of the German national anthem in this Video, with many music examples. The video can be seen on Youtube. Embedding is not allowed. Therefore please follow the link.

Below is a video to watch and check out:

The text of the German national anthem was written by a lyricist and poet who was very much connected to music: August Heinrich Hoffmann von Fallersleben (1798-1874).

He created 550 children's songs, some of which he even set to music, such as folk and fatherland songs. Among his most famous song lyrics:

The lyrics of the German National Anthem are:

It is only the third stanza of the "Lied der Deutschen". The poems come from the very political "unpolitical songs", which owe their name to the circumstance to remain as undetected as possible from the state organs and to escape censorship.

The liberal-minded Hoffmann von Fallersleben advocated a unified Germany and gives expression to this in the Lied der Deutschen . The first stanza, beginning with "Germany, Germany above all" is to be seen in this light.

Download the melody and lyrics of the German National Anthem here:

Melody and lyrics of the German national anthem for download

Inspired by the 2006 World Cup in Germany, I had the desire to write my own arrangement of the German national anthem. The everyday life has taken me then first of all again in occupation. Fortunately, the big football tournaments take place every two years.

In 2008, for the European Football Championship in Austria and Switzerland, the time had come: My version of the German national anthem for piano solo was created. For the next European Championship, 2012 in Poland and Ukraine, I published the music for the first time - as a download track. A few weeks ago, for the 2014 World Cup in Brazil, I released the anthem as a CD single and sheet music for piano.

Now new in the store: My piano version of the German national anthem.

Here it goes to the CD single and the Piano sheet music my piano version of the German National Anthem in my store.

My name is Marcus Sukiennik. I work as a pianist in upscale hotels and piano bars. In addition, I play at events of all kinds, whether corporate events or private parties. 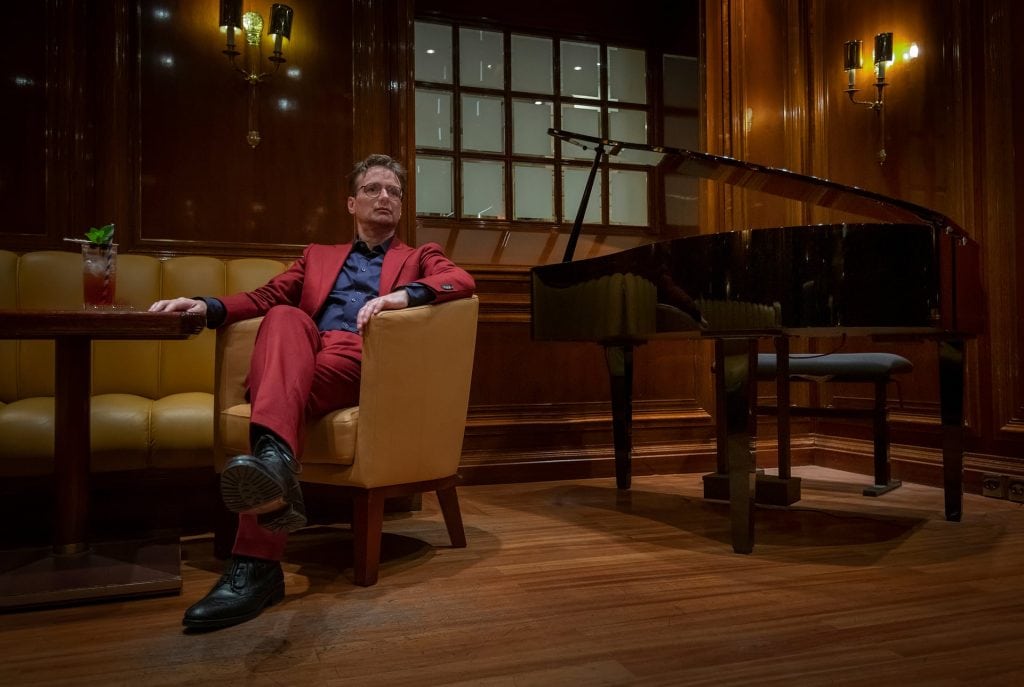 You have questions about my range of services or would you like to discuss a specific project?
Just give me a call or send me an email. I‘m looking forward to your message.